Beginning the early morning of Monday, January 14, the only entrance/exit (temporarily) to the San Antonio Humane Society will be on Fredericksburg Rd. Part of our parking lot will be closed for construction work. 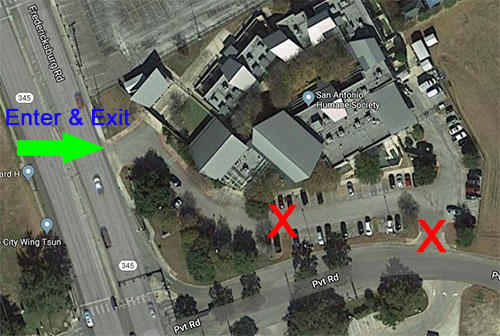 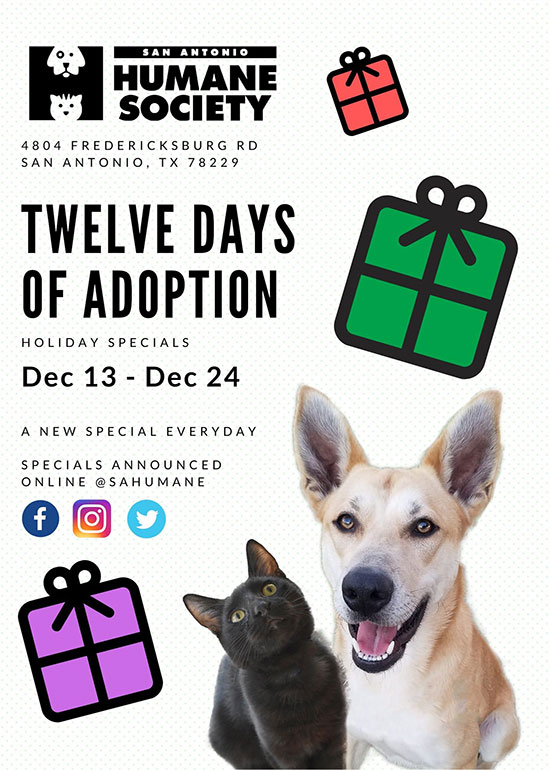 Who will be El Rey Fido XVIII? The fundraising competition’s top fundraising dog will be bestowed the honor of the crown, with four runner-ups joining the Royal Court.

It all leads to Fiesta® San Antonio and the SAHS’s El Rey Fido Coronation, an official Fiesta® event, in April where San Antonio’s top dogs have the opportunity to be dressed in true royal attire (velvet, sequins, and all). 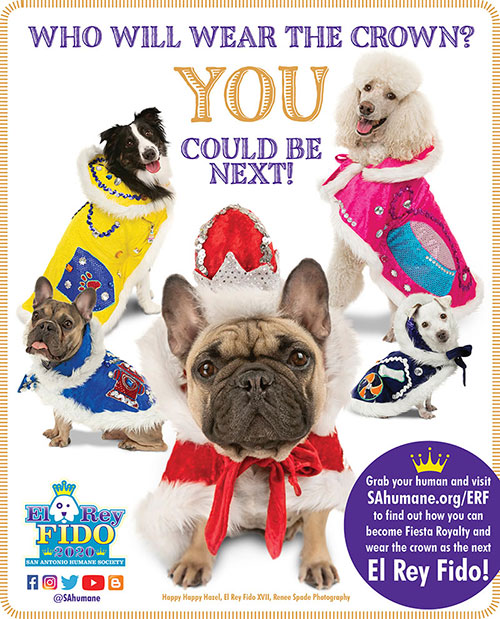 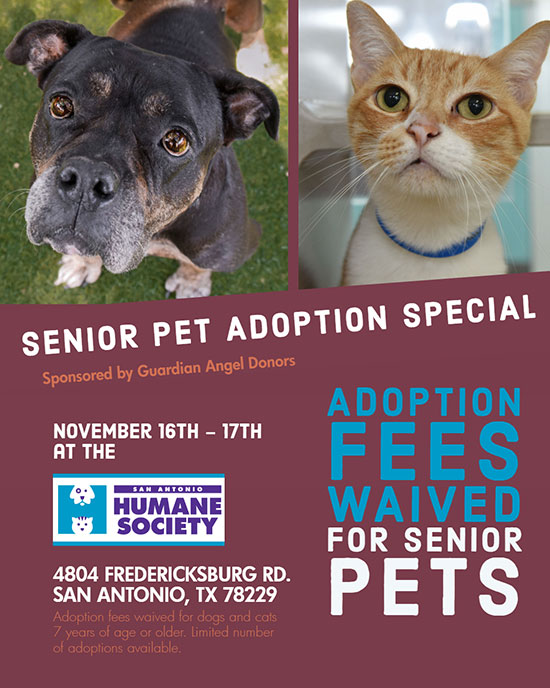 Get your Friends for Life Luncheon tickets before they're gone! 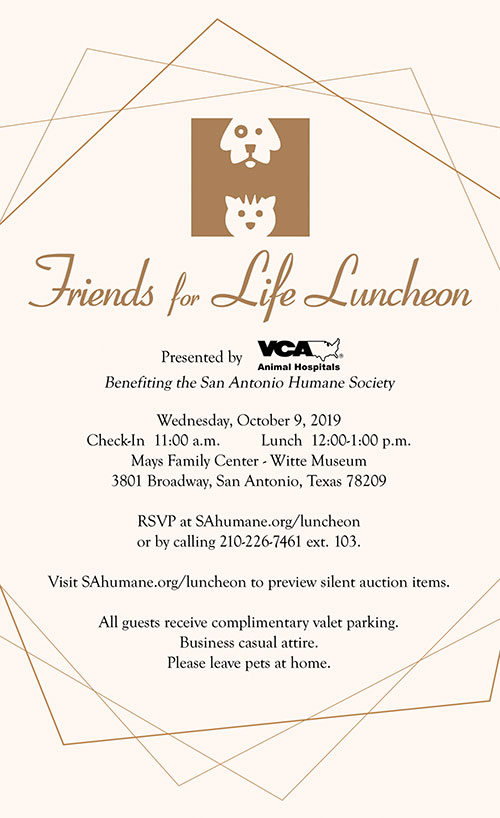 The Friends for Life Luncheon is a fundraising event celebrating the lifelong connection made between human and pet. The event brings community members together to rally around the San Antonio Humane Society's (SAHS) mission of educating the community and saving homeless pets from neglect, cruelty, abandonment, and euthanasia. We hope you will join us Wednesday, October 9 at our 2019 Friends for Life Luncheon! Your support is instrumental in achieving our fundraising goal and saving the lives of pets who have nowhere else to turn.

Ticket sales, sponsorship opportunities, and silent auction items can be bid on and purchased from SAhumane.org/luncheon. Donations can also be made. All proceeds from this event go toward sheltering, caring for, and medically treating the pets at the SAHS. Be sure to check back regularly as we are constantly adding new items to our silent auction! Please note that while you do not have to be present at the luncheon to win, you must be available to pick up your items from the SAHS at a later date.

Paws on the patio
Past Events
El Rey Fido
Pawchella