Hello everyone! I'm Freckles, I got ADOPTED. 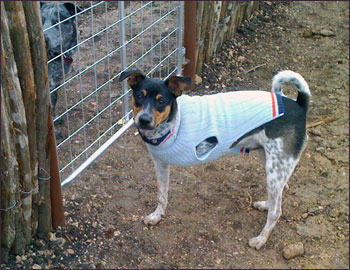 "Barley is doing great! He runs the house. He would be a terror if he had four legs. We just love him!!"

Here's an update from Freckles new owner! (September 11, 2009)
"Barley (aka Freckles) is doing great. He is really out going and gets along with
my other dogs. It's nice when you have well trained dogs because he has learned a lot from them.
His favorite friend is a 6 month old kitten. He sleeps between my husband and me every night, on
his back with his good front leg sticking straight up. I will keep you updated on him."

Barley aka Freckles at his new home! 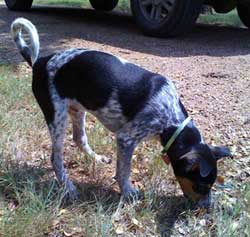 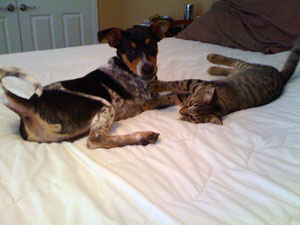 The background on Freckles.
Freckles is a 14 week old Australian Cattle dog mix. It was found that this cute pup has had a previous shoulder injury which had caused radial nerve damage to the lower leg.  This injury could have been caused by pulling on the leg, picking him up by the leg only, or being hit by a car. Unfortunately, Freckles had to have his leg amputated.  He will be rehabilitated after surgery (as you can see on the video he's doing great) by the SAHS staff and then put up for adoption. 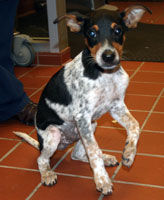 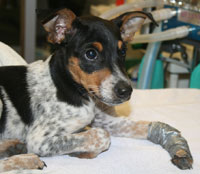 Take a look at Freckles recovering and being adopted!