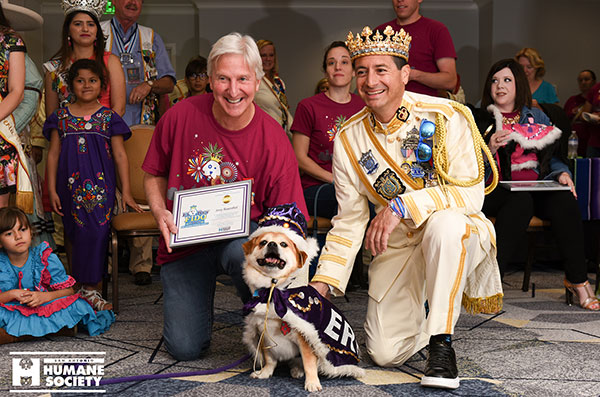 We had a fantastic El Rey Fido XVI Coronation (an official Fiesta® event) at the Sheraton Gunter Hotel San Antonio! This year’s El Rey Fido fundraising competition was a close and exciting one! We are overjoyed by the involvement of all our canine contestants and their human companions. In total, all 2018 participants raised over $50,000 for the dogs and cats at the San Antonio Humane Society! 2018 El Rey Fido XVI, Jerry Rosenthal and Royal Court: Princess of the Food Bowl, Alexandra Hamilton; Duchess of the Chew Toy, Ellie Wheeler; Duke of the Fire Hydrant, Sam; Knight of the Royal Court, Squish.

Thank you again to our sponsors: Sheraton Gunter Hotel San Antonio, and VCA Animal Hospitals for helping us to make this event possible, and Rey Feo LXX Kenneth Flores for presenting El Rey Fido XVI with his royal crown. A big thanks to Adam and Jenny at MAGIC 105.3 for presenting the El Rey Fido Coronation, and to Danzavida De San Antonio! Fiesta San Antonio 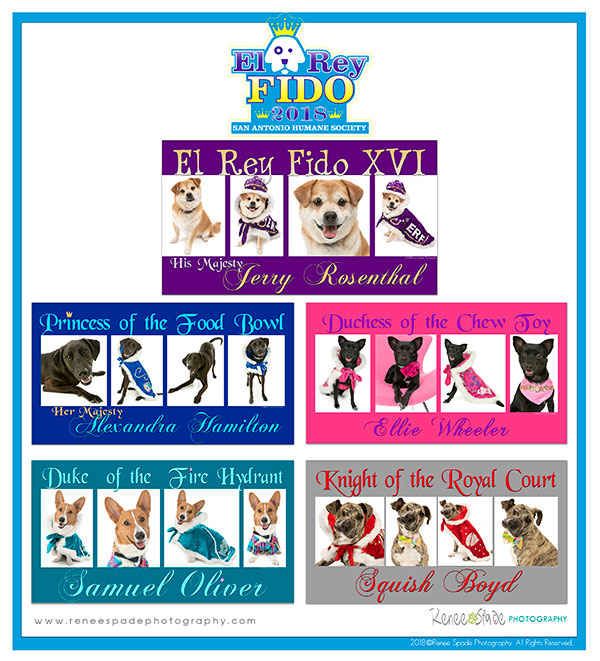 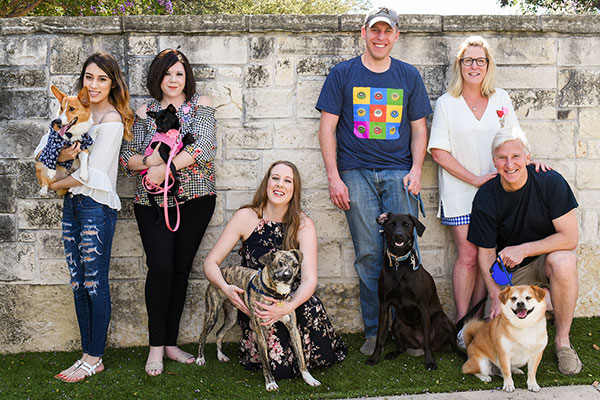 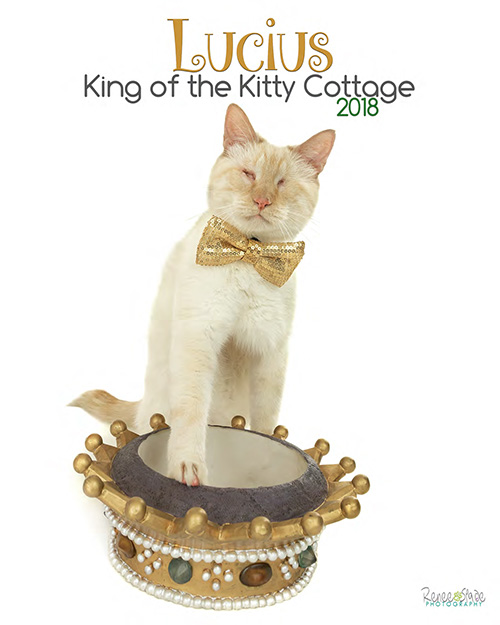 Royalty comes in all shapes, sizes… and species! Fiesta 2018 marked the San Antonio Humane Society’s second annual feline photo contest, Purr-fectly Fiesta, in which the city’s most festive felines squared off online to be crowned King/Queen of the Kitty Cottage.

Lucius was discovered by his mom, Stephanie, on the San Antonio Humane Society Facebook page and she adopted him that same day. He was her first special needs cat. His vision was poor due to multiple birth defects and several consultations with multiple veterinarians suggested his quality of life would be poor. But Stephanie was determined to never give up on Lucius: he was happy, he wanted to live, and he never acted as though he was different than any other cat. Lucius celebrated his eighth birthday in July of 2018. His mom describes him as the most affectionate, loyal, and active cat of her life, and admits he has taught her many things: “Special needs animal do not consider themselves handicapped… they adapt to life with what they have, not what they lack.” Lucius and his mom now spend their days sharing his life online @LifeWithLucius in the hopes that more special needs animals may be given more chances, more second glances, and more consideration for adoption. Read more about Lucius.

Appreciations to Renee Spade Photography for donating her services and providing a wonderful portrait for his royal whiskered highness.