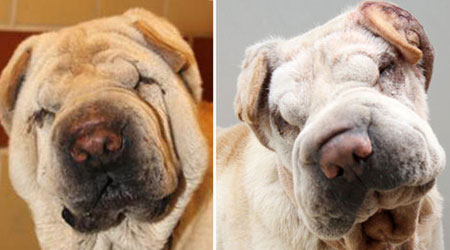 It didn’t take long for Sesame if rack up a list of admirers from coast to coast, and even across seas, but one lucky family has captured his heart and given him the forever home he has been waiting for.

On April 15th, the San Antonio Humane Society announced a successful recovery from a two-surgery facelift. While the wrinkles on the face of a Shar-Pei are common, Sesame was an extreme case. His wrinkles prevented him from being able to see at all and his ears were also getting infected. Although his vision is limited, he is able to see for the first time in his life. His ears were also pinned back to allow for more ventilation which will help prevent infection.

Teresa, a San Antonio resident, saw Sesame’s story on the news and fell in love. She called the SAHS to inquire about his status and when she found out he was available, planned a trip to the shelter with her supporting parents by her side. Having owned several Shar-Pei’s, Teresa says she knows they can require a little extra care and is ready to help Sesame live the spoiled life he deserves.

Though it is bittersweet to see Sesame go, the SAHS staff and volunteers are excited to see Sesame go home with such a wonderful family. “We live for days like this,” says Seamus Nelson, Director of Communication, “to connect friends for life, especially with pets like Sesame who we have had the pleasure of spending time with and getting to know while we helped him heal.” 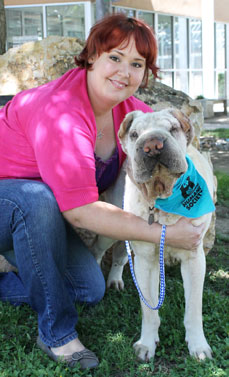 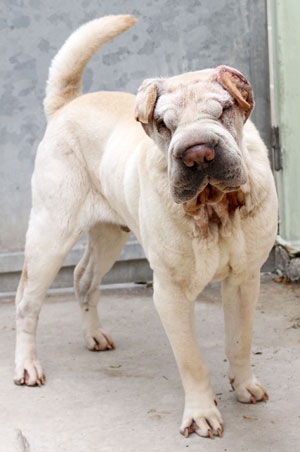