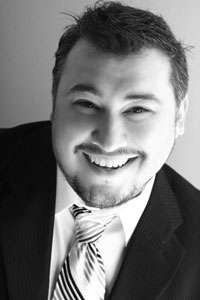 Born and raised in San Antonio, Texas, Cleto Rodriguez is living his lifelong dream of becoming an elite stand-up comedian.

Rodriguez has been performing since 1995 and has worked with comedians George Lopez, Carlos Mencia, Daniel Tosh, Wayne Brady, Brett Butler, Tim Hawkins and Bob Smiley. He has even opened for living legend B.B. King.

Rodriguez performs nationwide in comedy clubs, corporations, colleges and churches. He was chosen as the comedian for the 2008 Promise Keepers events in seven U.S. cities.

Rodriguez connects with audiences by relating everyday life experiences. Anything and everything is fair game, from marriage mishaps to the challenges of dieting. His comedy is high-energy, observational and hilarious with a brilliant Latino twist.

He has strong San Antonio roots going back to his grandfather, San Antonio native Cleto Rodriguez I, who was one of Texas’ first Congressional Medal of Honor winners. Rodriguez also contributes his time and talents to the community by helping raise money for disadvantaged youth and the homeless.

From clean comedian to TV personality, you can catch Rodriguez daily as the latest morning personality on News 4 WOAI Today.