The McNay Contemporary Collectors Forum (MCCF) presents Get Reel, a film program featuring critically acclaimed independent and foreign films. This series provides film lovers the opportunity to see award-winning films that would not normally be screened in San Antonio.

The movies are shown in the McNay's Chiego Lecture Hall (garden level of the Stieren Center for Exhibitions.)

These films are offered free of charge to McNay members and $5 for non-members.

SYNOPSIS
Hailed as "absorbing," "a must see," "Oscar material" and "the best movie at SXSW," MINE is a documentary about the essential bond between humans and animals, set against the backdrop of one of the worst natural disasters in modern U.S. history: Hurricane Katrina. This gripping, character-driven story follows New Orleans residents as they attempt the daunting task of trying to reunite with their pets who have been adopted by families all over the country, and chronicles the custody battles that arise when two families love the same pet. Who determines the fate of the animals-and the people-involved? A compelling meditation on race, class and the power of compassion, MINE examines how we treat animals as an extension of how we view and treat each other.

This film is not rated. 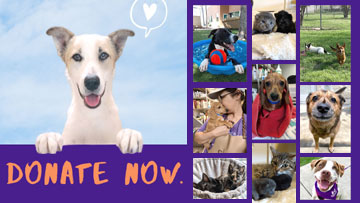