By participating in the ERF fundraising competition, you agree to all rules, requirements, and procedures. All rules are subject to the interpretation of the San Antonio Humane Society (SAHS).

1. The participating dog who raises the most funds during the ERF fundraising competition for the pets at the SAHS shall be bestowed, by the SAHS, with the title of “El Rey Fido.”

3. All titles shall be held until successors are named at the ERF Coronation the following year.

4. Due to the nature of the competition, coronation, and required attendance at various media opportunities and events, only dogs are eligible to participate in the fundraising competition.

7. Give Smart fundraising pages must be registered under the name of the participating dog’s legal owner.

8. All donations gathered under the assumption of the ERF fundraising competition must be submitted to the SAHS by the deadline. Any donations received after the fundraising deadline will not be counted in the contestant’s final total, but will remain with the SAHS.

9. ERF fundraising may not take place at an event where funds are being raised for another organization/cause unless approved in writing by the organization/event host.

10. All donations made toward ERF contestants must be monetary donations only. Donated items, such as pet supplies or merchandise, will not be counted towards the final fundraised total of any ERF participant.

11. Merchandise, including Fiesta Medals, sold by participants to raise funds for the SAHS's ERF fundraising competition may not bear or be inscribed with a winning title (e.g. El Rey Fido ####).

12. Donation checks must be made out to the San Antonio Humane Society and must include “ERF 2023” and the contending dog’s name in the memo portion of the check. If checks are lacking information and an ERF contestant cannot clearly be identified as the recipient, donations will be contributed to the SAHS without crediting any participant.

13. All donations are non-refundable and are not allowed to be transferred from one contestant to another for any reason.

14. ERF titles cannot be used to fundraise for other organizations/causes unless approved by the SAHS PR Team or a designated shelter employee.

16. In the case of a tie, the fundraiser with the most unique donations will hold the higher title.

18. El Rey Fido and Royal Court members can be dismissed at any time at the SAHS’s discretion.

19. El Rey Fido and the Royal Court members will serve as ambassadors for the SAHS during their reigning year and will participate in various media and event appearances.

20. All media request and/or inquiries related to the ERF fundraiser competition or Coronation must be approved by the SAHS PR Team.

21. The SAHS has the consent of all participants to disclose total donation amounts raised during the ERF fundraising competition.

22. The SAHS has the consent of all participants to use any photographs/videos that include participating dogs or dog owners and/or information provided by participants, or photos/videos taken by the SAHS, during or after the fundraising competition for use in any public relations efforts (e.g. website, social media, printed material, etc.) as it is property of the SAHS.

23. Participants recognize that in handling animals there exists a risk of injury including physical harm caused by the animals. Participants must release, discharge, indemnify, and hold harmless the SAHS, its agents, servants, and employees from any and all claims, causes of action, or demands due to any injury that may be incurred or sustained by their participation in any and all SAHS events and media appearances.

24. Participants recognize that with their pet being in close proximity to other animals, there exists a risk of injury to their pet including physical harm caused by the animals. Participants must release, discharge, indemnify, and hold harmless the SAHS, its agents, servants, and employees from any and all claims, causes of action, or demands due to any injury that may be incurred or sustained by their pet’s participation in any and all SAHS events and media appearances.

25. The SAHS President/CEO, Development and Public Relations Department, and Accounting Department, including these persons’ immediate families (spouses, parents, children, siblings, in-laws, etc.) and/or persons living in the same households (whether or not related to employee) are not eligible to enter themselves or their canine in the ERF fundraising competition.

26. As of Fall 2016, El Rey Fido alumni are eligible to participate in the ERF fundraising competition.

Dog Requirements/Rules of Conduct:
1. All dogs must be at least 6 months of age and current on vaccinations by the fundraiser deadline in order to either become El Rey Fido or join the Royal Court.

2. Dogs are required to be spayed/neutered, have a registered microchip, and be current on their rabies vaccination in order to participate in the ERF fundraiser.

3. Being a member of the ERF fundraiser is a public position: all participating canines should walk well on a leash, be approachable by the public, and know basic commands.

4. Should the SAHS recognize aggressive tendencies by ERF or any other member of the Royal Court, they will be asked to refrain from attending public appearance and may be subject to dismissal.

5. All dogs must wear collars and leashes at all public appearances where they are representing the SAHS.

6. El Rey Fido Grr-Robes can only be worn during El Rey Fido sanctioned events or events approved by the PR Team or designated shelter employee.

Owner Requirements/Rules of Conduct:
1. All dog owners/representatives must be willing and able to discuss the benefits of spaying/neutering, microchipping, educating, and adopting as it pertains to the SAHS mission.

2. All dog owners/representatives must be able to submit proof of their dog’s spay/neuter surgery, registered microchip, and current rabies vaccine at the mandatory court meeting on Saturday, March 18, 2023.

3. The guardian and/or representatives of the contestant will refer all shelter operation questions to the PR Team or designated shelter employee.

4. All guardians and/or representatives of ERF and the Royal Court must act in a professional manner throughout the reigning year and abide by the SAHS values of Customer Service, Adaptability, Respect, Responsibility, and Integrity.

5. All guardians and/or representatives of ERF must refrain from making negative or inappropriate comments about the SAHS (to include shelter staff, volunteers, animals, etc.), ERF fundraising dogs and dog owners, or other official Fiesta® events online or in person be it in a public or private manner.

6. While representing ERF and the SAHS in an official capacity, ERF and Royal Court member guardians and/or representatives are asked not to drink alcoholic beverages.

7. All guardians will provide the PR Team with a primary telephone number and e-mail address that may be used to notify participants of upcoming event/media appearances. Guardians must be aware that sudden changes in event/media appearance location, date, or time may occur for any reason and will keep it in their best interest to stay in contact with the PR Team should a change occur. 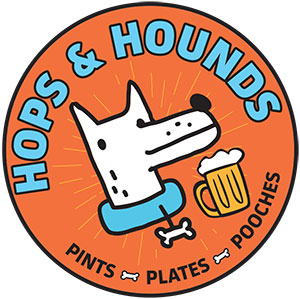